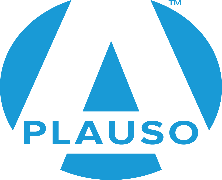 West Palm Beach, FL – June 30, 2020 – Aplauso, Olympusat’s HD channel featuring popular sporting events and adrenaline-packed competitions, as well as critically-acclaimed movies and top-rated entertainment from around the world, presents two films in which human beings make startling discoveries about themselves and struggling to keep their social position as Jackie Gleason in Gleason biographical story as well as Far from heaven movie characters Cathy and Frank.

Gleason airs on July 4 at 10 P.M. ET. It is a biographical story about the Oscar-nominated actor and amateur composer: Jackie Gleason, who is portrayed at the height of his career where he has it all: women, wealth, and extraordinary power. People used to describe him as Brash, arrogant, and egotistical, able to alienate his directors, the man who discovers him, and abandons his family, probably because he was haunted by demons of rage, booze, and insecurity. At the same time, he creates some its most unforgettable characters in the new media of the television.

Far from heaven is scheduled to air on July 18 at 10 P.M. ET. It is about a middle-class family living in Hartford, Connecticut. As a wife and husband ‘s daily existences, Cathy and Frank, are characterized by carefully observed family etiquette and social events. Together they have the perfect ’50s life: healthy kids and social prominence. However, Cathy is conducting an affair with a humble African American gardener while her husband Frank is struggling with his sexuality. The story shows how its protagonists are complicit in some societal prejudices of the time and change several lives forever.

Directed and written by Todd Haynes and produced by USA Films, the movie’s runtime is 107 minutes featuring the participation of a talented group of actors as Julianne Moore, Dennis Quaid, Dennis Haysbert, Patricia Clarkson, Viola Davis, and James Rebhorn.

Aplauso is owned and operated by Olympusat and for more information on programming, including tune in dates and times, please visit HD Networks at olympusat.com