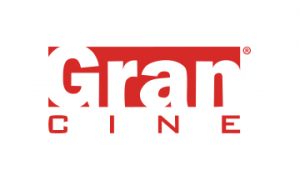 Started in 1968 by Congress as Hispanic Heritage Week, it was expanded to a month in 1988, from September 15th to October 15th each year to celebrates U.S. Latinos, their culture and their history. Begins in the middle rather than the start of September because it coincides with national independence days in several Latin American countries. One of the key facts about the nation’s Latino population is it reached 59.9 million in 2018, up from 47.8 in 2008, according the Pew Research Center.

This year Festival de Gran Cine will take place from September 21st – 27th. Each day will be dedicated to a specific country airing contemporary films that span various popular genres, including action, drama, comedy, and suspense. The movie’s schedule is:

Synopsis: A procession to celebrates a Patron Saint runs through the streets of a once prosperous town. The collective party serves as a camouflage, not only for a couple of lovers to sneak furtively, also for the mayor to secretly introduce a load of toxic waste.

Synopsis: It is considered as a special love story, which starts when a woman wants to take a step forward in the relationship and her lover is not able to. As a result, she leaves home, and he starts an inspiring trip by train through Berlin and Verona to find her.

Synopsis: The bachelor parties’ days suddenly stop for a man when his three girlfriends demand marriage at the same time. However, nobody knows who will win the adorable and unexpected romantic race.

Synopsis: The life of a police officer takes an unexpected turn when she intervenes in a procedure that culminates in a tragedy, from that moment on she decides to face the menace of intrafamily violence day by day.

Synopsis: The Final Football Match is scheduled. For two fans friends this is the most important sport event of their lives and they are determined to travel more than 700 miles to support their team and they will do their best to let them win the game.

Synopsis: The son of a poor single teenage girl turns out to be a gifted painter, artistic talent discovered by the owner of a drugstore of the small rural town where they live, who will try to make the boy into a great artist, but the boy disappeared with all his work.

Synopsis: A real estate broker by day and a savvy but out-of-luck thief by night. Desperate to look for respect climbing the money ladder the easy way, he gets caught in the middles of a twisted plot when he gets in the wrong mansion at the wrong time.

Gran Cine is owned and operated by Olympusat, Inc., and it’s currently available on Liberty, RCN, and Verizon FiOS.

For more information on Gran Cine’s programming, including tune in dates and times, please visit olympusat/networks.com and Gran Cine Blog