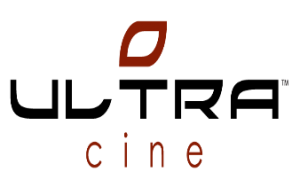 West Palm Beach, FL – July 31, 2020 – Ultra Cine, the HD movie network that focuses on award-winning and original films from Spain and Latin America in their original Spanish-language format, premieres three movies with different historic stories from Spain that bring the past to your screen this August: La Española Inglesa from 1596, La Conspiración from 1936, and 22 Angeles from 1803.

Synopsis: Based on one of the most significant stories written by Miguel de Cervantes, it shows the life of one young Spanish girl by the name of Isabel, whose life changes completely when she is kidnapped by the English during The Capture of Cadiz, Spain (1596). Later, Isabel would live in London with the family that abducted her while she starts to fall in love with their son.

Synopsis: General Emilio Mola arrives at Pamplona’s Popular Front Headquarter in Spain Second Republic to take command, transferred by the Government, as part of a military strategy to suppress, arrest, and prosecute all soldiers implicated in conspiracy or uprising events. Later, he leads the insurgent army from the north, while Brigadier General José Enrique Varela does it from the southwest to the capital.

Synopsis: A period drama based on true events which follows the voyage of 22 inoculated young orphans to transport the smallpox vaccine from Spain to the Americas and the Philippines in the 18th Century, under the guide of Francisco Xavier Balmis and Isabel Zendal Gómez, despite commercial opposition and political intrigues. Balmis was the medical surgeon at the court of Carlos IV and Isabel was a Galician nurse.